A Friend Who Esteemed Her 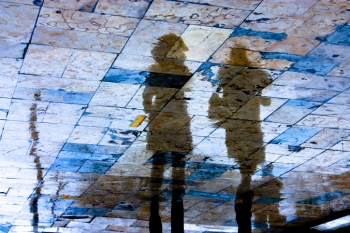 She was possessed by the most piteous yearning for a friend who esteemed her. Who could help her find herself again. She was a woman who had lost herself.~From Ecstasy by Mary Sharratt

In recognition of Women's History Month, I salute some of the women who have helped me to find myself again. The women are listed in alphabetical order and initials are used to protect identities.

AG~A. is bi-lingual. When I travel to Italy, she speaks English so that I don't feel so confused. She bravely raises two lovely daughters in a troubled world. She tells me that often when she reads my blog posts, she senses that I "get her." She "gets me," and this is such comfort.

AM~A. is tri-lingual. She lived in the US for many years, acclimating to southern culture with all its unique foods and thick accents. I know some of the strength it takes to do this. On each side of the ocean, she has helped me to find my way.

BJ~B.works tirelessly and creatively to minister to children. She also keeps writing songs and singing and will produce an album this summer of music she's written. Her willingness and enthusiasm to pursue her passions are encouragement when I feel like throwing in the towel with writing.

CR~C. approached me one night at a creativity conference. She said she wanted to introduce herself to other creative folk. We formed a bond. She models such courage. She chose love and moved to another state and made a new life. She has not looked back. Her story helps me to keep pursuing love.

DB~D. also approached me decades ago and boldly stated she wanted to be my friend. How did she know that an introvert like me would need an invitation to friendship? We have never parted ways, even though we do not live close geographically. Her perseverance to raise five children and now to care for her mother with such faith and determination is mind-boggling to me. I don't know how she does it. She would say, "living one day at a time by faith." How I need her wisdom in my life.

FE~F. is like a cheerleader to me. Her vivacity and creativity are like "sparklers" on a dark night. Her practical feedback and honest appraisal of my writing has helped me to keep moving forward. I not only respect her "creative eye," but also admire her commitment as a mother to raise children inside a home filled with beauty and faith. 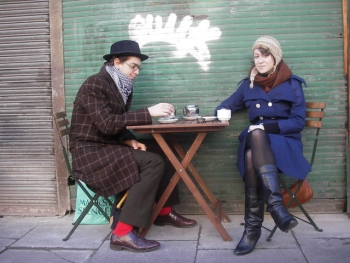 Jehovah is no stubborn host like the Pharisee; He provides for the joys as well as the necessities of life; His guests shall be of a cheerful countenance and a gladsome heart.~From The Cambridge Bible for Schools and Colleges

The day started out happily, my husband and I enjoying a day in our new location, the boxes unpacked. I commented that, in my opinion, there were too many empty spaces, and I began to speak of my desire to purchase a few other pieces of furniture to fill the blank spots. My husband mightily disagreed. From his perspective, we had just decluttered during the move. "Let's not bring in more stuff," he exclaimed. Hell broke loose at that point. Each of us defensive. Both of us stubborn. Intense. We ate lunch in silence. I isolated from him until the next morning. I rose at 5, my head still pounding from a headache that I could not shake. I prayed. "What do I do with this emotional dysregulation, God? The anger I feel toward my husband?" 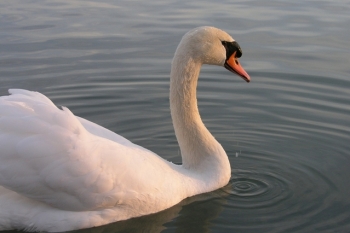 "I haven't opened or closed a door for more than thirty-five years. I would like to open my own doors and be free in that way."~From The Buddhist On Death Row by David Sheff

I just finished the first book I've read in 2021, The Buddhist On Death Row. I'm off to a slow start with reading. Usually I read a book a week. But the new year began with transitions. I wrote to a fellow blogger, apologizing that I'd not been more engaged with her posts. She graciously responded, "Transitions are hard." They are. I'm still finding the rhythm of this new town. The new library. Where to walk. The flow of my home that echoes with emptiness as we sold a lot of our furniture before moving in. These are not huge issues in the scheme of life, yet I've struggled with the changes. While I'm not Buddhist, I found solace in reading this man's story. His voice rang true in how he transcended his reality--living on death row, convicted and sentenced for a crime he did not commit. He could not turn actual doorknobs, yet he could close and enter doors in his mind. I have this choice too.

I woke one morning last week and looked out my new bedroom window. A white swan floated on the pond. I ran down the stairs and exclaimed to my husband, "Usually there are the brown and black geese swimming in the pond, but today I saw a white swan. Isn't that amazing?" My husband responded, "Well, Priscilla, contain your excitement. I read in the condo newsletter that they've placed fake swans on the ponds to repel the geese. They don't want the waste the geese leave to disrupt the ph balance in the ponds." The knowledge that this plastic swan had faked me out, left me feeling hollow. 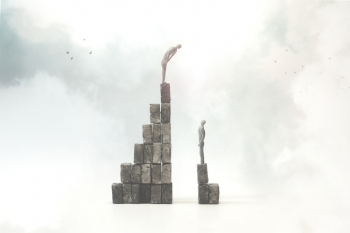 Grief tilts you.~Matt Haig (From How To Stop Time)

It doesn't feel like Valentine's Day. I'm sitting amidst unopened boxes at my new location. I am up high on the second floor of the room that will eventually be my place to write. Rain is streaming down the windows. The day is lit with gray glare.  My desk is cluttered with papers and folders. Framed pictures not yet hung. I am tilted on this day of love, bent over with the chaos associated with moving, but also tilted with grief. One of my dear friends lost a family member to COVID-19. The man was only fifty. He left behind a wife, four children, his parents, my friend and countless extended family, friends and colleagues. The family invited me to watch the memorial service online. I could not stop my tears when this man's twenty-year-old son stood and spoke of his father's love and generosity. This beautiful man who looks so much like my friend honored his father. His voice did not tremble. His eyes bright with courage.

This loss is incomprehensible to me. 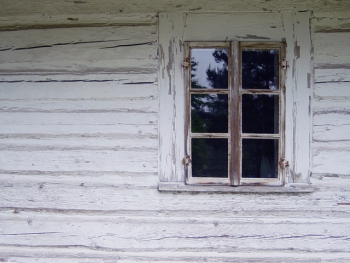 ~MEANING: This is a word whose literal meaning, "light-dark," describes a sufficiently universal quality for it to be applied to a wide range of "things": style, method, treatment, effect, sketch, print. Figuratively, chiaroscuro can be "used of poetic or literary treatment, criticism, mental complexion, etc., in various obvious senses, as mingled "clearness and obscurity," "cheerfulness and gloom," "praise and blame."~From Endangered Words, A Collection of Rare Gems for Book Lovers by Simon Hertnon

All the while, we rode with the sound of classical music drifting from the car radio, rain drizzling down the windshield under a sky the color of a silver nickel. We'd driven out to the country, about twenty miles from our new home, hoping to discover a DMV that would be less crowded. I couldn't help but observe the multiple contrasts as we roamed the smooth, less-traveled blacktop. Miles and miles of lanky pines. Stately homes in the middle of a lonely field, white columns holding up the porches, doors painted red or turquoise. Other homes with caved-in roofs and peeling paint, the windows still intact. A red-brick church with a sign outside its doors that proclaimed: "A half-truth is still a lie." Another church, dilapidated, rain dripping on concrete floors from holes in the roof, the Last Supper with New Testament characters depicted in a faded, wooden display near the church entrance, now bizarrely open showing the empty facade. A pristine red and white Coca-Cola truck delivering product to a run-down convenience store. Then a line of cars--people waiting to be tested for COVID-19 next to a sign that advertised, "Twenty Ribeye Steaks For $30."