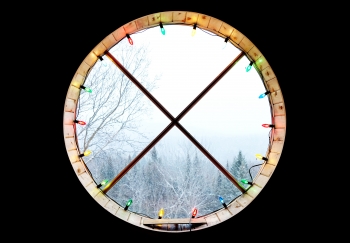 To be quiet in spirit and believe in your pace, your way of doing things.~Journal entry, May 2022

It is December. Hard to believe we have turned the page to the last month of 2022. Many are taking their Christmas decorations from the attic and lacing lights through branches of pine boughs, stringing bursts of white light around windows. Last night I walked about our condo complex under a bright moon, soft tendrils of air blowing my bangs away from my face, warm for the last evening of November. I felt the embrace of the holiday season, lights blinking, casting blue and red shadows on the pathway as I made my way around the circle. I came home, lit a candle, made myself a cup of peppermint hot chocolate and grabbed my journal. I wanted to reflect upon the previous months of 2022. What had I come away with? What did I need to remember?

I wrote that I often live life attempting to control things I can't--like trying to eat Jell-O with a fork, the gelatin slipping from the tines. I people please too much and write out lists of shoulds that I never reach. I don't listen to myself.

Corrections In Ink And The Dream Box 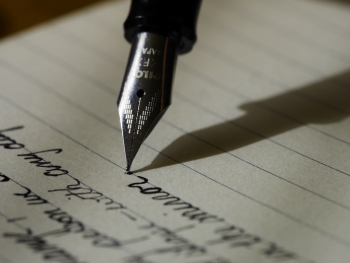 I'll give her bouquets of roses. I'll turn Heartbreak Valley into Acres of Hope.~From Hosea 2:15, The Message Bible)

Books find me. This week the title is Corrections in Ink, a memoir by Keri Blakinger. The author writes of her history of substance use and subsequent two-year sentence in prison for drug possession. Even during the misery of incarceration, she became sober (despite having opportunity to use substances while in prison) and wrote on every scrap of paper she could find, the story of her experience behind bars. It is an intense, well-written read. She created a successful life post-incarceration and now works for The Marshall Project, a non-profit online news organization that raises issues that lead to criminal justice reform.

Ms. Blakinger's story pulled at my heart, and caused me to remember the years I conducted risk-reduction groups at the county jail as part of my job as a substance use counselor. Each time I went inside, my crossover bag was thoroughly checked. No cell phones. No materials with staples. No paper clips. Surrender my driver's license. I had to be escorted by a guard to the women's unit. There was a particular smell I inhaled as I walked along the hallways--an amalgamation of bleach and the sharp-scent of anxiety. The guard would buzz me into a locked alcove while I waited to enter the cell block. Sometimes I might have to stay in that tiny foyer for twenty or thirty minutes before I could go in. The space was stuffed with bags of dirty laundry waiting to be picked up. I told myself, "At least you can leave soon."

Thousands And Thousands Of Flickering Stars 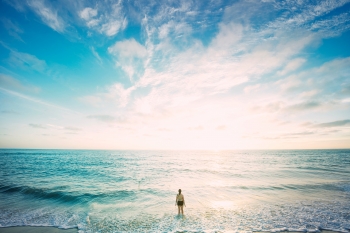 The sunlight is dancing along the whitecaps. It looks as if the sea were filled with thousands upon thousands of flickering stars.~Dani Shapiro (From Signal Fires)

I live near water. The ocean is not far away. There are bridges that span acres of the sea in my geography. There is marsh land. Swamps too. I have appreciation for all of it. This week I crossed a bridge and witnessed the sunlight spangling over the blue water. Sailboats gliding in cottony silence. To witness this beauty was something to behold on an ordinary day. All that gleaming water like thousands and thousands of flickering stars.

As I drove, a memory of childhood came to me. My grandmother and I often watched television together. And when a Billy Graham crusade was televised, we  were glued to the screen. My grandmother loved Billy Graham. It would be hard not to love him, I guess. His handsome face and his thick, wavy brown hair. The distinctive North Carolina accent bidding people to listen to the gospel of grace, the love of Jesus. At the end of his sermon Reverend Graham would say something like, "Jesus is bidding you come. Come to Him. He offers forgiveness and salvation. Don't wait. Come now." And the hymn would be playing, "Oh Lamb Of God, I come. I come." My grandmother would say to me, "Look at all the people. There's a sea of people going to the front because they understand that Jesus loves them and forgives their sins." And my grandmother would sing the hymn under her breath, "Just as I am, though tossed about with many a conflict, many a doubt. Fighting within and fears without, O Lamb of God, I come. I come."

It Can Be Everything 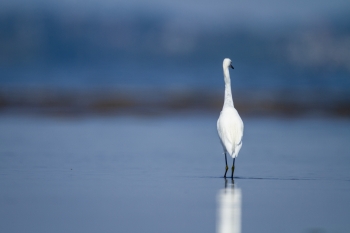 It is something--it can be everything--to have found a fellow bird with whom you can sit among the rafters while the drinking and boasting and reciting and fighting go on below; a fellow bird whom you look after and find bugs and seeds for, one who will patch your bruises and straighten your ruffled feathers and mourn over your hurts when you accidentally fly into something you can't handle.~Wallace Stegner (From The Spectator Bird)

She hadn't planned on the conversation. My sister told me she went out to walk her dog. Right before she was about to go inside, her neighbor pulled up beside her and rolled down her window. "There I stood in the middle of the cul-de-sac, but it was early in the morning so there was no one else around, no cars that we were holding up." My sister said that she had had little contact with the neighbor. They'd been friendly, talking about their plants and the weather, but nothing deep. However, the neighbor began to pour out something intimate, something intense. The neighbor said right there on the street with the window rolled down, "I don't know how my husband could do this to me. Am I just to forget about seventeen years of marriage? And now he's remarried and I don't have much money. I'm supposed to be retired and now I've had to find a job.  I can't forget about him."

My sister said her dog laid down in the street, sensing not to pull on the lead to get into the house for his kibble. 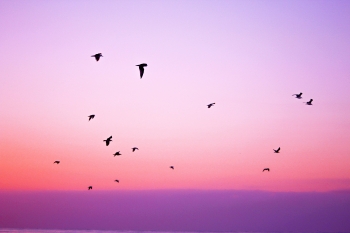 What we cannot recognize, we oftentimes will not protect.~Taylor Brorby (From Boys And Oil)

It is four a.m. I cannot stop thinking about Charlie (not his real name). The last time I saw him was in July. I cut up his food. He'd recently had dental work and had a hard time chewing, his mouth and gums sore from oral surgery. I don't remember that he seemed unhappy. He laughed and joined in the lively conversation around the table at my daughter and son-in-law's home.

Charlie took his life last week, though. What happened? Or I wonder now what didn't happen for him? My daughter and son-in-law became friends with Charlie more than a decade ago. He lived with them for several months when he became paralyzed from the waist down. They played a significant role in supporting him on multiple levels, and Charlie was often at birthday parties and other events hosted in their home. He always seemed jolly and well-adjusted regarding the disability. He had merry eyes. I remember thinking when I saw him last, when we sat out back on the deck, that his eyes were like two blue crescents that glinted in the sunlight. I don't think I ever truly recognized him. Not really. I was just polite. I never asked him what his dreams were or what his days were like being homebound in a wheelchair. I feel guilty about that now.